After the success of the P205 Marble series, Pentel started to release metallic colors for their most popular size, the P205.  In 2012, Pentel released 12 or possibly 13 pencils.

One thing that made identification of these pencils easy is that with 1 exception, all of them came with labels on the bottom with their color codes and barcodes.

P205-WX – White – Not a metallic, but it was released with the rest of the series, so I count it as such.

P205M-YX – Rose Gold Metallic – I am not for sure if this pencil came out with the rest of the 2012 metallics, but I found it and purchased it in 2014.  I may have overlooked it in 2012, mistaking it for the P205M-X, since unless you see them side by side, it could be mistaken for Gold.

The above are the 12 or 13 that were released in 2012.  There are three more pencils that I count as part of the metallic line as well as some that were re-released. 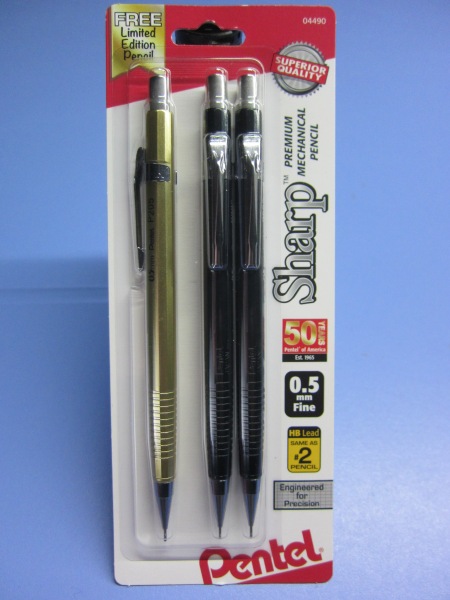 P205M-X50 – 50th Anniversary Gold – This is the only pencil in the P205 metallics that did not come with a label, so I made the above designation to keep track of this in my collection.

The 3-pack on the right contained 3 colors that were released back in 2012.  But, they issued them with slightly different color codes (took out the “-“) and a new barcode.

I am not sure why they reissued these with different codes and barcodes, but they also re-released at least one other that I know of.

To my knowledge, these are all of the P205 metallic pencils that have been released, at least in the United States. 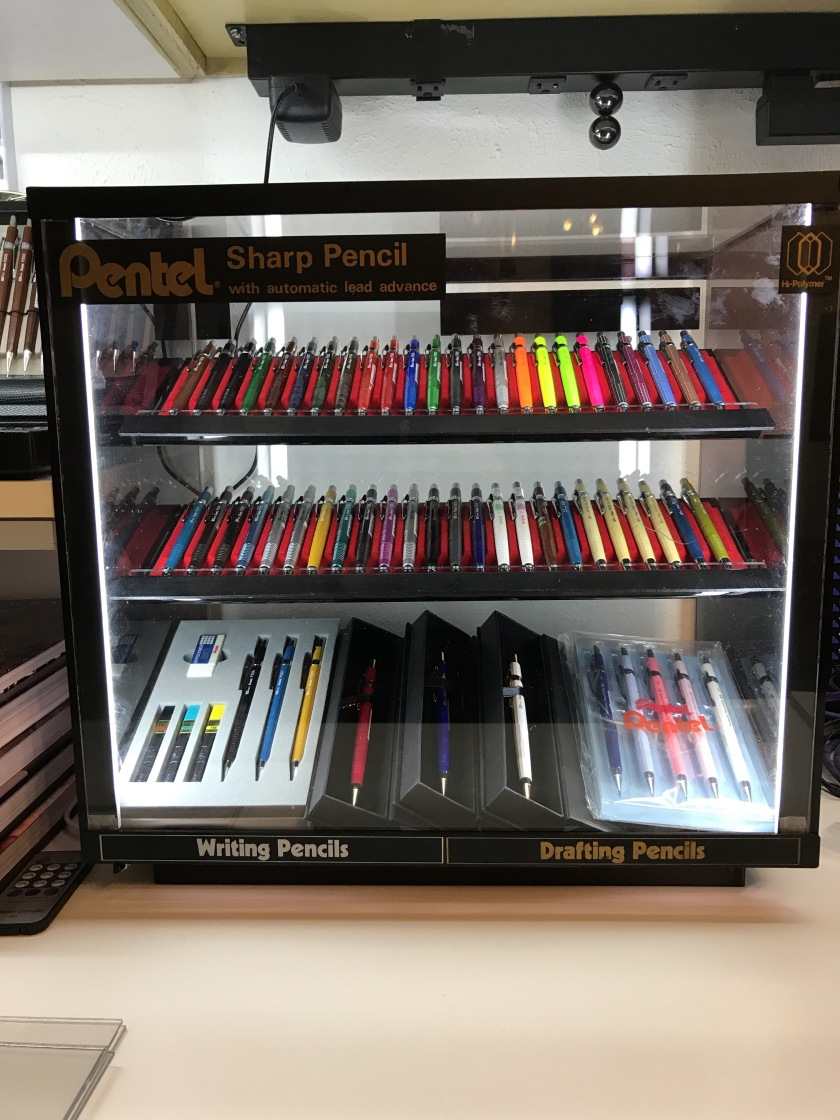 A few posts ago, I showed off the Pentel Countertop case with the lights I installed.

Now, I wasn’t really happy with this light setup for a couple of reasons.  First, the top tray really looked great, but the second tray and the items on the bottom had a hard shadow across them, so they did not look that great.  Second, the way I routed the wiring, interfered with the door at the back; it would close, but it was pushed out a bit.

So, I really wanted to get this re-wired with a better lighting arrangement, not just adding lights to the bottom of the trays, since that does not fix the second issue.

So, my wife was out of town this week, so I decided to do some lighting projects for the above display and the shelves where my collection is displayed, which I installed about a month ago, when my wife was on another trip.

I used the strip LED lights, as I have used in several other projects, and aluminum corner brackets that light at a 45 degree angle, for both the display and the shelves.  Over 3 nights, I worked on the lighting and got it done the way I like now.

Here is the new lighting setup for my pencils (and other odds and ends):

This shows off the new shelves to the left, the Pentel display below the cabinets, and the packaged pencils mounted on the cabinet doors.  The pieces of acrylic laying on the counter will normally be put over the pencils in the travel cases to keep the dust out, while making them available to view.

Here is a closer shot of the shelves and their new lights.  I mounted the angle brackets at the front of the shelf above, so it lights the shelf below and the back of the area.  Since the bottom shelf currently just has books under it, I have that light unplugged.

And here are the new lights for the Pentel Display.  I took black corner brackets and mounted them running up the sides.  This lights up the pencils much more evenly and also, gives the display a more framed look (it comes with black trim along the top and bottom).  I had to drill a hole on the bottom front left to run the wire out, so it does not interfere with anything on the inside of the case.  The white wire on the bottom left is for the IR receiver that works with the remote sitting there to turn on the lights on the shelves and the Display.

So, now, I am much happier with my collection on display.  I will try to get back to posting about my collection in a couple of weeks.