Back in December 2018, another Pentel collector I follow posted on his Instagram a picture of some P200 pencils that I had never seen.

These pencils were of Disney characters Mickey Mouse (2 versions), Goofy, Donald Duck and Minnie Mouse.  In talking about these pencils and trying to place them in the timeline, we looked at a couple of things about these.  First, they did not have any size molded into the bottom of the pencils, which seems to rule out Generation 2 or Generation 3.  Next, they have the 2mm guide pipe on the tip, which led me to believe these were a Generation 1 pencils, but in the cutout, they did not say P205 JAPAN #, so we decided that these were Generation 1b pencils, which probably came out in 1972 or so.

After thinking about this a little while though, I came to the conclusion that since these originated in Japan, they were P325, not P205 pencils.

In discussing these pencils with @crz.riley, he mentioned that he had also acquired a Popeye version of one of these, and he sent me pictures of it. 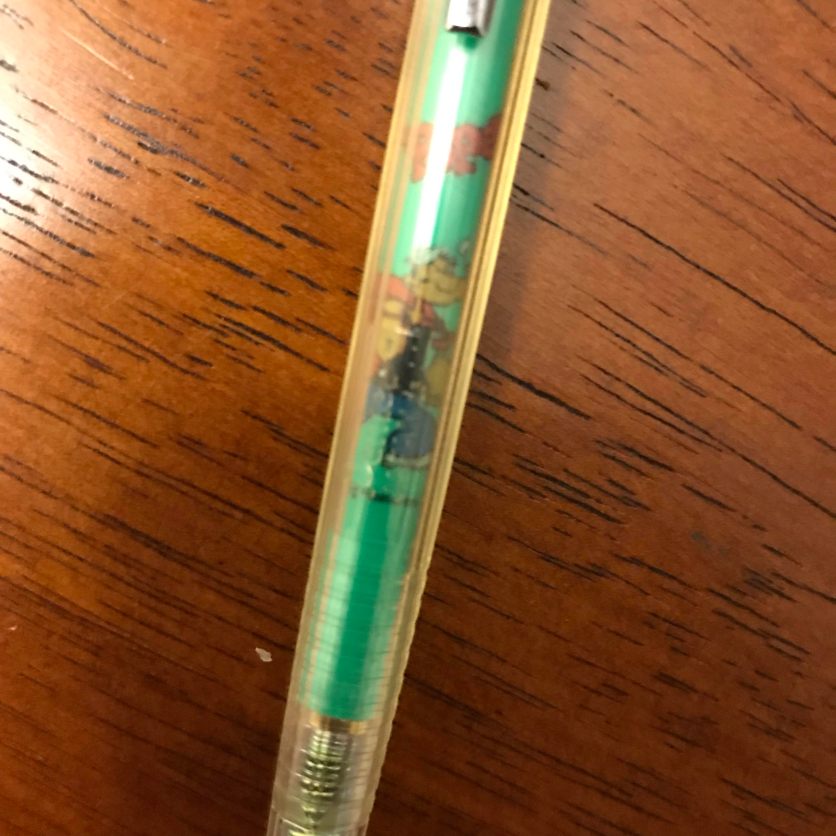 One thing bothered me about the pictures he sent me here is that the label in the second picture, I had always associated with later pencils.

In April, 2019, I finally received my own character pencil.

It is a Disney Minnie Mouse pencil.  It seemed to have the same all of the same characteristics as @crz.riley’s pencils, except mine had the size molded into the bottom, so I decided that it probably fell into Generation 2.

Two months later, I received a Popeye pencil, and here is where the first of things started to change.

Around this time, I started to look at the numbers in the Mold Mark and see what range they fall into.  I contacted @crz.riley to find out what the marks were on the pencils he had. As I posted in the Mold Marks blog, all Generation 1 pencils fall between 1 and 8, without exception.  I also found that all of the Generation 1 pencils used a Beveled Brass Inner Body, whereas both of my pencils use a later Flat Brass Cap Inner Body, and it looks like @crz.riley’s pencils do as well.

The last piece of information that reconfirmed my reassessment of what generation these pencils were came from another blogger who posted these.

These pencils had four different images – Popeye and Olive Oyl, Popeye pleading to Olive Oyl (my version), Popeye fighting Bluto and Popeye with a sea bag.  It also shows that there were 6 different color inner bodies that were used: red, pink, orange, yellow, green and blue.

@Cuirassier_ wrote on his blog (translated by Google), “It was written on the bottom of the case as a manufactured product in 1980, so it seems to have appeared briefly before and after 1980.”  This definitely pushes these pencils into Generation 4, which would make my Disney Minnie Mouse pencil a Generation 3.  It looks like they decided to use the shorter 2mm tips on these limited run pencils.  Of course, this fit nicely with the larger triangular label, as I had generally associated it with Generation 4 pencils.

Another photo he posted also clarified the model number of these pencils. 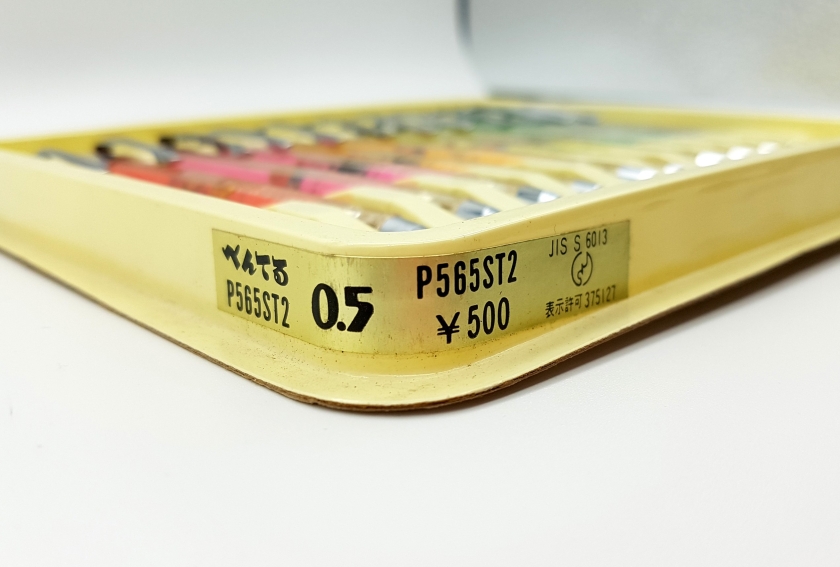 It looks like these pencils were model number P565 or P565ST2 for the Popeye versions.

So coming down to this, until I learn otherwise, I am calling these pencils (at least for my collection):
P565 – Walt Disney are Generations 3 & 4
P565 – Popeye are Generation 4

I would like to say Thanks to the following bloggers, as I could not have written this blog without their contributions.  Please go check them out:

@crz.riley on Instagram – a fellow collector of Pentel P200 and other Pentel pencils.

@Cuirassier_ on Twitter and his own blog – a Korean collector of mechanical pencils over a wide range of brands.