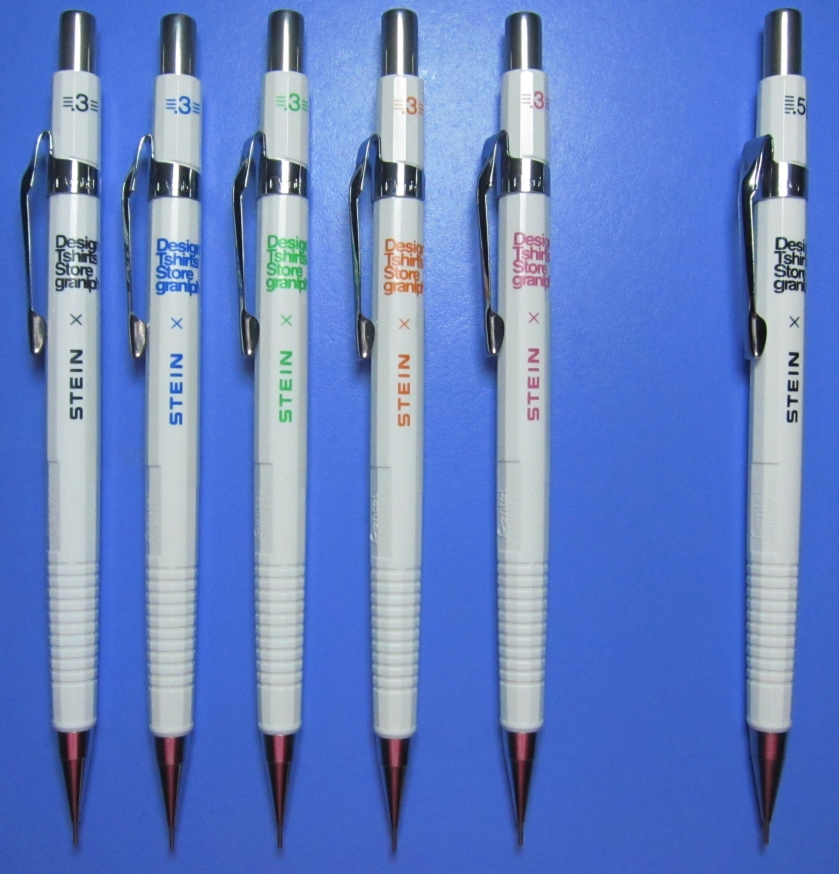 The next several blogs are going to be about P200 family pencils that were not sold in the USA.  Most of these pencils also have a barcode that shows where that pencil was registered.

These pencils were all white bodies with 5 different color inks available, all saying the same thing.  Except for the name STEIN, all of the text reads with the pencil oriented with the eraser on top and the tip at the bottom. From the top (near the eraser), is the size designation with 3 lines on each side of the .3 or .5.  Below that are four lines of text:
Design
Tshirts
Store
graniph
Below this is the word “STEIN x” in the normal orientation for the P200 pencils.  The only place that Pentel appears is in the first line of the cutout.

This pencil is white with blue text.

This pencil is white with green text.

This one is white with orange text.

The last pencil is white with pink text.

I am not absolutely positive, but I believe these were released as one of the first items in the Stein line of pencils that Pentel is now releasing.