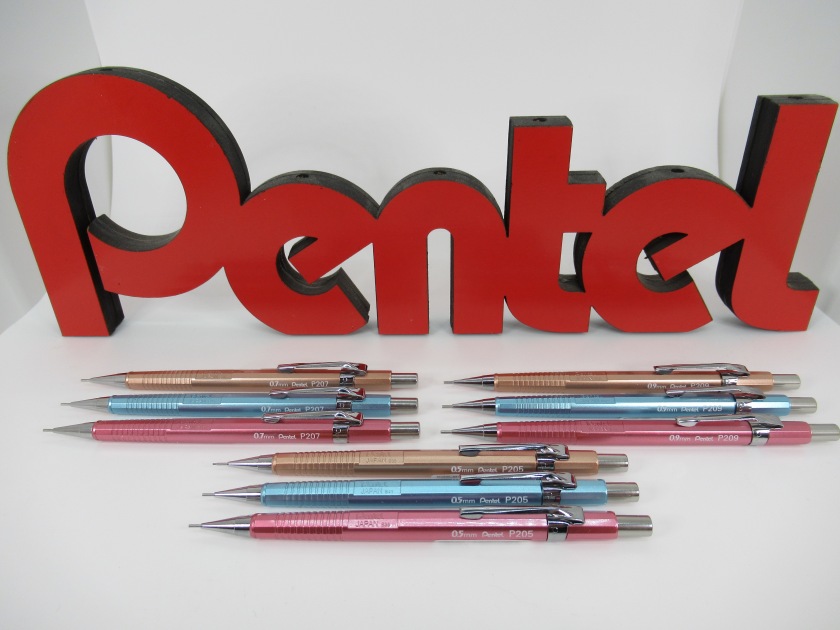 2020 marks the 50th anniversary of the iconic Pentel P200 pencil. I have been hoping that Pentel Japan would release a 50th anniversary pencil, but it does not seem like that is going to happen.

But, Pentel Brazil has released a Metallic series of pencils. There are 3 colors available in sizes 0.5 mm, 0.7 mm and 0.9 mm. I received my pencils this week and looking at them, I am a little disappointed. Six of these nine pencils have been released here in the United States before. In 2012, Pentel of America released 13 metallic P205 pencils, including the three below. It is true that these have not been available since that release, but still they are not a new pencil. Also, there are eight P207 metallics that are currently available in the US, including the 3 below. However, the three P209 pencils are new in these colors.

Since these pencils use already produced colors (P209 just has different printing on same body), these are manufactured in Japan. These pencils do use the standard Brazilian label that all of their pencils use.

Now, I am glad to get something new this year, but being the 50th year, I wish it was something unique.

One thought on “Brazilian Metallics”